BK Plastic Surgery was on this biggest and the most popular Swiss Newspaper on October 27th !!! Please read below translated article. Since BK is the main representative plastic surgery hospital in Korea, this influential newspaper company selected BK as a main hospital for this cosmetic surgery issue :)

Big, Beautiful Eyes - with a scalpel 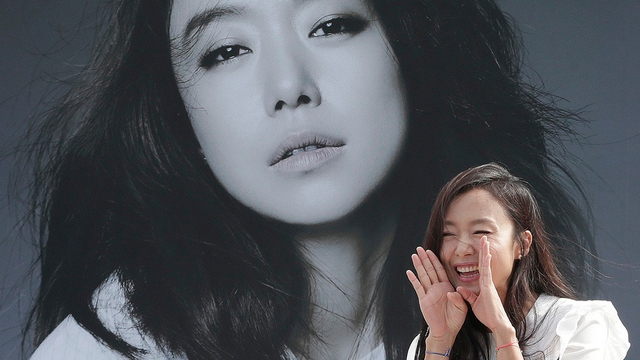 So-Yeong got a promise from her father for her plastic surgery. So-Yeong’s father says “If you do double eyelid surgery, you may look prettier with bigger eyes.” In South Korea, this is a typical gift for graduation.
South Korea is now the Mecca of plastic surgery. A quarter of all interventions worldwide are carried out here. In Seoul (capital of Korea) alone, there are more than 500 clinics. With 650,000 annual operations, about half of them are Korean patients and the other half of them are usually female tourists. The industry continues to reach 4.5 billion francs. It is a trend that is supported by the government in Seoul to such happening. From next year, President Park Geun-hye has announced that the VAT on plastic surgery for foreigners is to be abolished.
In Seoul, there are Nonhyeon-dong Furniture Street, Cheongdam-dong luxury district and many beauty clinics. Such beauty clinics concentrated in this Gangnam district have a luxurious external look. Corridors are made of glass and imitation marbles. Many look like the receptions of luxury hotels or private banks.
Above many beauty clinics, we visited BK Plastic Surgery Hospital - BK stands for Beauty of Korea - which is housed in a sleek blue glass skyscraper. Many women enter this BK building very often. Inside of this BK building, you may see a human-size-standing banner with a photo of beautiful lady. There is also an exhibit of the Museum of Plastic Surgery. The exhibition draws a line from the Bolognese physician Gasparo Tagliacozzi, the founder of plastic surgery, to what is happening today in Seoul. There are detailed information about history of plastic surgery from the 16th to the 21st century. 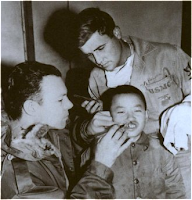