The 7 Best Foods for Flat Abs


Many people perform hundreds of crunches while hoping to achieve flat abs. Crunches can definitely strengthen the abdomen muscles, but they cannot get rid layers of fatty tissue at all.
There was once saying "You are what you eat." Choosing the right foods is very important if you are serious about achieving flat tummy. 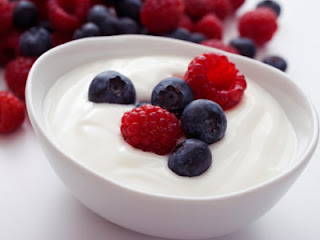 We all know that yogurt is good for us,
but did you know it's also good for maintaining your flat abs ?
"The probiotic bacteria in most yogurts help keep your digestive system healthy,
which translates into a lower incidence of gas, bloating, and constipation,
which can keep your tummy looking flat, "
said Rania Batavneh, the nutritionist and owner of Essential Nutrition for You. 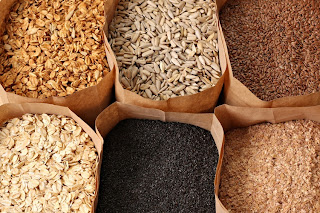 Set aside the white bread and rice and swap them in
for whole grains such as 100-percent whole wheat bread, lentils, and brown rice.
“A recent study in the American Journal of Clinical Nutrition showed
that a calorie-controlled diet rich in whole grains trimmed extra fat
from the waistline of obese subjects,"
Palinski says. “This may be due to the decreased insulin response
to whole grains versus refined carbohydrates, making it easier to mobilize fat storage." 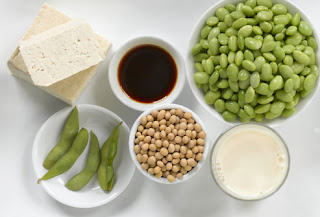 Soy contains genistein, an isoflavine that,
according to Jordana Brown of Oxygen Magazine,
helps boost fat burning and reduces appetite.
Try tofu instead of meat once a week
and include soy milk on your whole grain cereal to up your intake. 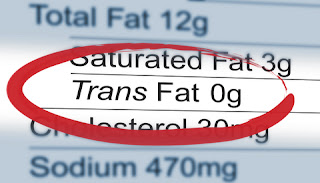 The man made, shelf-stable product known as trans fat
appears to encourage the accumulation of fat at the belly
as shown in an animal study published in the journal Obesity in 2007.
Choose snack foods that do not contain "partially hydrogenated oils"
in the ingredient list and steer clear of fast food restaurants' fried items. 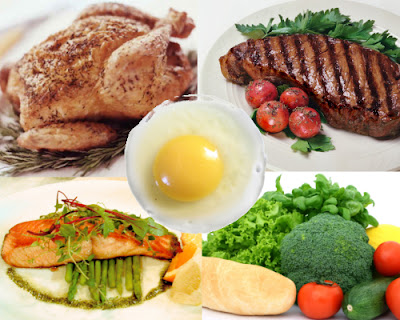 High protein diets seem to have a beneficial effect on the loss of abdominal fat.
The journal Nutrition, Metabolism and Cardiovascular Disease published a 2009 study showing that in 215 subjects, those following a high protein diet lost more weight and abdominal fat than those following a diet with standard amounts of protein.
Choose lean sources like skinless poultry, lean cuts of beef and egg whites
to limit your intake of heart clogging saturated fat. 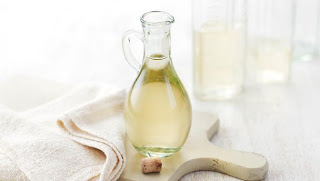 A Japanese study found that the substance
that gives vinegar its sour taste and strong odor might fight fat.
"The study found that in overweight individuals who consumed 1 or 2 tablespoons of apple cider vinegar daily for 12 weeks had significantly lower body weight, BMI, visceral (belly) fat, and waist circumference than the control group that didn't consume any vinegar,"
Palinski says. “Researchers feel this may be due to vinegar's acetic acid,
which may switch on genes that pump out proteins that break down fat." 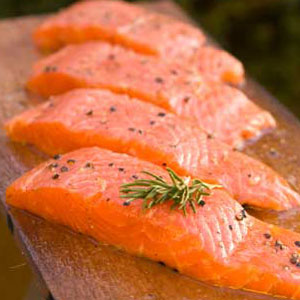 The omega-3 fatty acids in salmon and other fatty fish help turn on genes
that regulate fat storage, which induces greater fat burning.
A French study published in the International Journal of Obesity found
that supplementation with fish oil reduces body fat mass in healthy adults.