Hello~
It’s BK Plastic Surgery Hospital, the center of Korean Plastic Surgery!
October is in full swing with cool autumn breeze tickling our face and apple and pumpkin flavored hot beverages in hands of the passersby!

Guess who’s back! Foyce, the Singapore celebrity and BK Model who visited BK Hospital in August have come back to say hello and look into more ways to upgrade her aesthetic beauty! 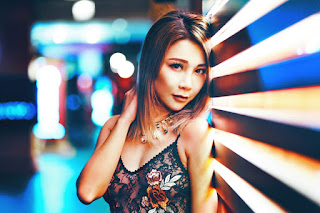 Just as a reminder, we will briefly go through introduction of Foyce.
Foyce is a celebrity in Singapore with multiple TV commercials and also a career as a singer!
With many talents and an attractive voice, Foyce is aspiring TV figure and an upgrade to maximize her beauty is a must to her career span.
Foyce have visited BK Hospital in August to get consultation and surgery for her nose and anti-aging treatment. She received rhinoplasty to narrow her nose wing and heighten the nose bridge. She also had filler and botox injection to get rid of the creases that easily appeared when she frowned on her forehead. (See below for the ‘Before & After’ contrast! ) 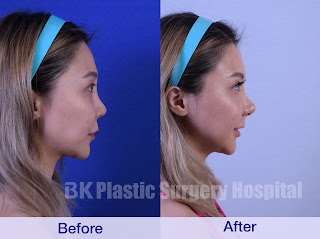 This time, she came back to get her breast augmentation.


We took the opportunity to meet her at the airport this time to greet her and also get an interview just after her arrival in Korea! 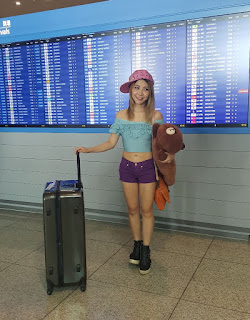 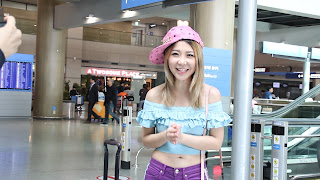 During the first consultation, Foyce explained that because of the 10kg weight loss in the recent 4 months due to her dieting, she looked better than ever except for her breast.
Every woman would know the dilemma of dieting, which is losing volume on the breast as you begin to lose fat from all other parts of the body. Looking slim is every womens’ desire, but without the hour-glass silhouette, it doesn’t appeal as an attraction.
She wanted her bra size to go up at least 2 cup sizes, which was originally her bra size.

Do you think her wish for her bosom to go back to the voluptuous state before she lost the weight would be able to come true? Let’s find out. 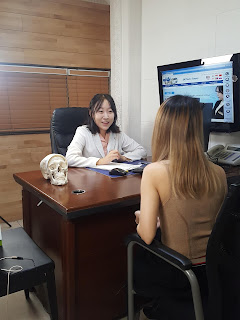 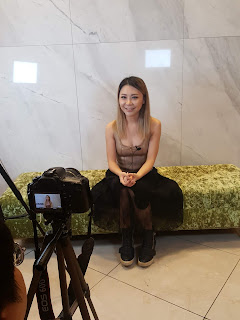 During the consultation, Dr. Kim Byung Gun explained that there are two methods for breast augmentation which was surgery with breast implant insertion and fat injection. He also ran through the three different areas for incisions. Foyce would be getting breast surgery with teardrop, cohesive gel implants which features long-lasting durability and texture and grip that is very much similar to real human’s breast. 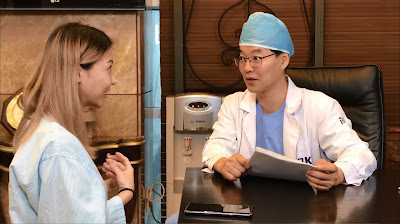 After running through the methods for breast augmentation and the features for each method, Dr. Kim Byung Gun explained Foyce will be getting the surgery with the teardrop implants which will add more volume with similar shape and texture to the human breasts. 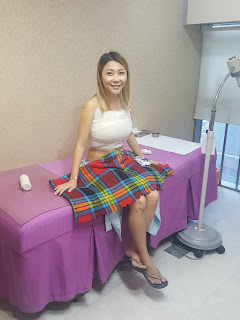 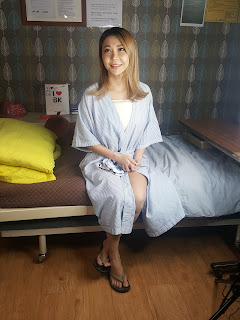 Foyce got the treatment 4 days after the surgery, so she still had bandage around her chest area to hold her bosom together. She also had Hemovac drain connected to her surgical area through her armpit to get remove the fluids that build up in the area of your body after surgery.

But after a week, on the second post-op treatment, her bandage and Hemovac was all removed and all she had to do was put on her correction bra. Foyce’s wish to gain more volume on her breast came true and she is fully satisfied. 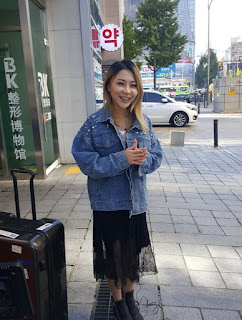 Guess we will be seeing Foyce wearing sexy bikinis and cute, skimpy tops in the near future! Looking forward to Foyce’s bright smile and confident pose full of swag! ^^

We support Foyce’s BK model activities and her entertainment show biz career along with her singing career!

**Check out her Real Story video on the link below!