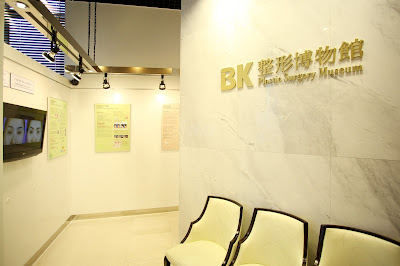 NTV visited the BK Plastic Surgery Museum for broadcasting
We were a little bit nervous since it was totally a LIVE.
We will share our episode here (: 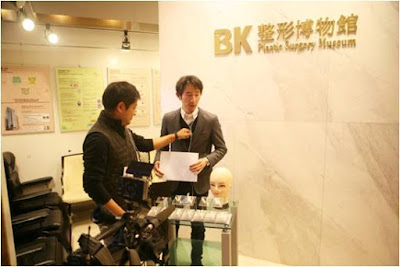 This time, BK was broadcasted on NTV channel which is “News Every.”  It was the first time for BK to experience on-air program.
So, we did a camera rehearsal 3 times not to make mistakes.

In BK Plastic Surgery Museum, people can enjoy the information not only on eye, nose, and facial bone contouring surgery but also on botox and filler.
Also you can see history of plastic surgery, ways to perform an operation, kinds of surgery as well as before & after pictures of patients through the monitor.
Furthermore, you can have the chance to touch prostheses. 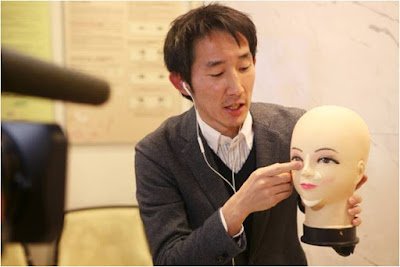 This is the director of ‘News every’ who is responsible for reporting today’s news.
He looked around the museum from rehearsal time and tried to touch stuffs on display stand. 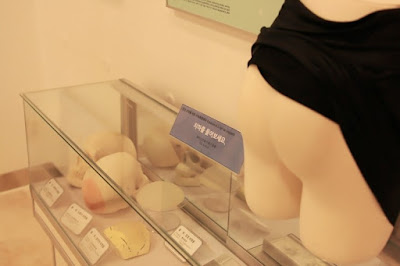 Actually customers who visit the museum for the first time, they can have the opportunity to touch the prostheses which they feel interested in.
Especially hip-up and breast prostheses are the most popular ones.
Also try to lift skirt.( I’m sure guys try to lift skirt when you are young, right?) 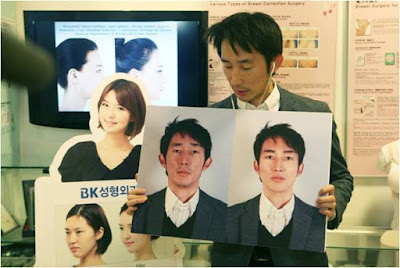 With this one picture, you can see how you will look like after surgery through BK virtual forming in BK.

After the director tried virtual forming, he said that he wants to do right now if he could be changed just like that picture. J

I also could see that he looks much more handsome and looks younger!!
After shooting, he brought virtual forming photo to show it to his family.

On BK website, there is virtual forming center which you can see pictures after surgery. 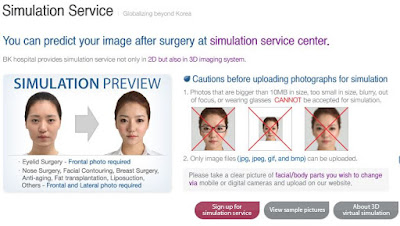 How to apply?
1.     Be the membership in BK homepage.
2.     Enter into virtual forming center.
3.     Upload a picture after checking resolution and angle.
4.     Wait until virtual forming is completed.

The time for shooting was not that much long. But because of the long rehearsal time, I was a little exhausted..
However I was so honored to have the chance to show Japanese the BK plastic surgery museum. 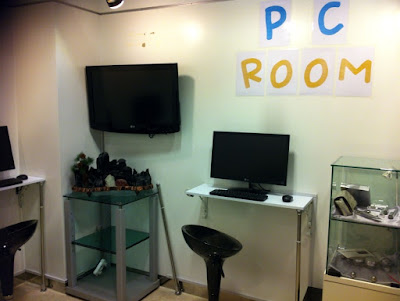 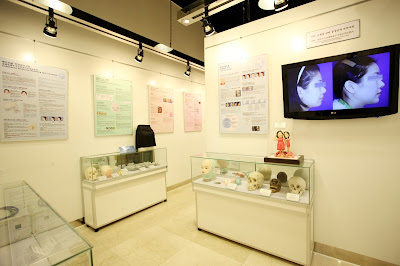 Here is one more information.
There is PC room inside of BK Plastic Surgery Museum.

And you can use Wi-Fi all floors for free!
Because of these conveniences, foreigners who visit BK have been increased.

It’s getting cold here.
Be careful getting a cold! 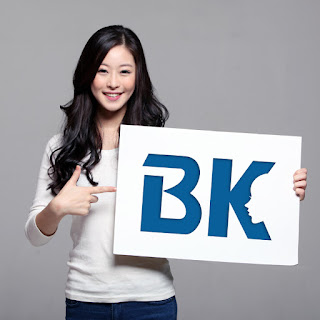