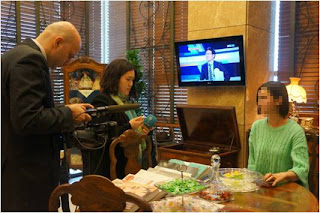 On 28 March 2012, a journalist came to BK from Kuwait TV to collect concrete facts.
She’s going to introduce people who come to Korea for getting plastic surgery and the process of plastic surgery in Korea to Kuwait people.
Interviewee who had actually undergone plastic surgery with Dr. Sungbum Hong at BK will be introduced. 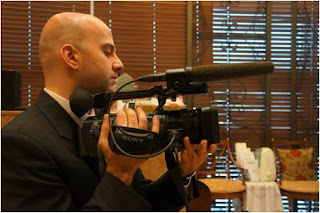 Director, who is from Syria, is able to speak in Japanese fluently.  So surprised^O^ 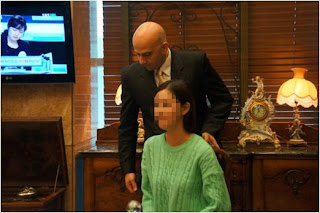 “Well~ take a sit here and relax.
Make your self comfortable~”
We progressed favorably because he led well. 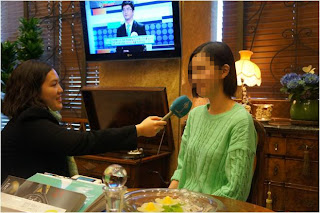 Journalist : I heard you underwent facial contouring,
didn’t you feel scary when you decided to get surgery?
Patient: Well…to be honest with you,
I was nervous until the day of operation
but Dr. Hong made me comfortable
and reassured me that there was nothing serious.

We had a good time with him through comparing her before and after photos.
She is a fashion model so she said she was getting more job offers after surgery.
Patient: It is almost impossible to believe what you did Dr. Hong. Thank you!

Dr. Hong explained everything in detail
while we were looking at before and after photos.
Director keep shouted “Amazing~ amazing!”
After interviewing with her, we also talked with another patient who had come from overseas. 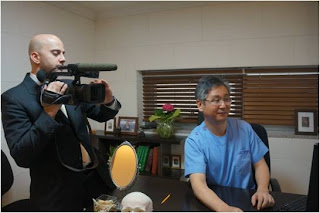 It has been a month since Dr. Hong performed surgery.
Dr. Hong was saying what Korean’s ideal beauty is.
He showed some celebrities as an example.
It is not too much to say that the beauty of Korea
has become a standard of beauty. 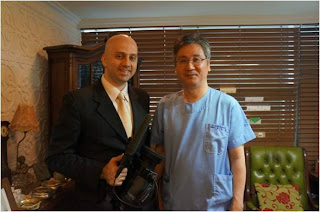 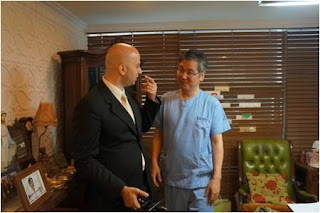 He’s cracking a joke. “I want to reshape my nose. Isn’t it big? ha-ha” 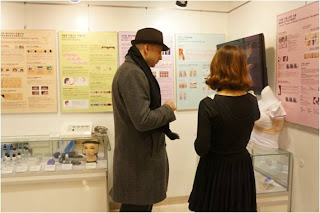 After interviewing with Dr. Hong. Director looked around BK museum on 2nd floor.
He was wearing hat. It looks like a courteous and generous gentleman~ 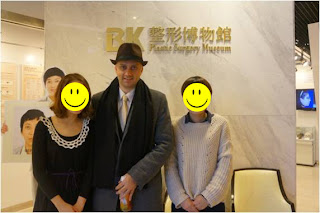 Taking a commemorative photograph!
It will be broadcasted in the middle of April on Kuwait TV.
Thank you everyone. I will see you soon.~