Gangnam rising as health and beauty hub
This is the third of a five-part article on main attractions in Gangnam-gu, southern Seoul, which came into spotlight as a venue for the G20 summit. ― Ed.

The number of foreign tourists in Korea reached 8.8 million as of the end of October, a large number of which travel to the northern parts of Seoul such as Myeong-dong and Jongno.

Those who visit Korea for medical and aesthetic treatment, however, head to the southern district of Gangnam-gu, where more than 70 percent of the city’s dermatologists and plastic surgery clinics are clustered.

In fact, it has now become quite common to see foreign patients, especially Chinese and Japanese in the waiting lounge of major hospitals and clinics.

“Foreign patients are now a crucial part of our clientele and we have thus introduced many programs to meet their demands,” said Kim Byung-gun of the BK Dong-yang Plastic Surgery Clinic, the largest cosmetic surgery clinic in Asia.

Medical tourists who plan to make a counseling and surgery appointment there may access the clinic’s international webpage. They may also arrange their accommodation in the long-term stay ward or in nearby hotels which have ties with the clinic.

“Foreign patients would usually visit our clinic via their local medical tourist programs, assisted by coordinators and interpreters,” Kim said. 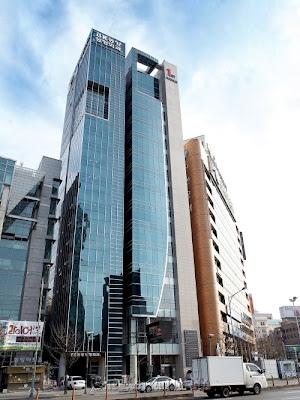 “Our clinic is nevertheless equipped with a dozen professional interpreters in English, Japanese and Chinese to agilely respond to our patients’ requirements.”

Medical tourists usually stay for an average period of a week or so, during which they may receive consultation, undergo surgery, recover and even enjoy some sightseeing, he said.

“We also have ties with local clinics in China and Japan, in case the patient may need after-care once he or she returns,” Kim added.

Other major clinics and hospitals in the district are similarly spurring their foreigner-friendly moves.

Last year, the medical law was revised to allow hospitals to promote themselves to foreigners and the medical visa system was introduced for such patients.

Since then, the concept of medical tourism has been a common keyword for many local governments and medical practitioners here.

The spotlight was especially pinpointed on Gangnam-gu, in which 2,160 or 14 percent of the Seoul medical institutions are located.

Among them are five top general hospitals such as Gangnam Severance Hospital, Samsung Medical Center, Gangnam CHA Hospital and Wooridul Spine Hospital.
Each of them has their respective edge, with GSH and SMC specializing in treating cancer, Gangnam CHA in gynecology and WSH in the cure of spinal treatment.

Jaseng Hospital of Oriental Medicine has a foreigner-exclusive international clinic led by Austrian doctor Raimund Royer, who is Korea’s only foreign oriental doctor.

Gangnam District head Shin Yeon-hee vowed to foster medical tourism to raise the number of visitors up to 65,000 by year 2013.

Amid the rise of the medical business, the Gangnam Community Health Center, together with six representative hospitals and clinics, held a medical tourism presentation earlier this year in Russia and China, targeting at potential patients.

“Korea is rising as a hot spot for medical tourism, with its world No.5 medical technology and the best information technology,” said an official of the Gangnam District Office.

“Gangnam stands at the very center of such advancements, especially with its reputation in the fields of cosmetic surgery and dermatology.”

Some practitioners have evolved further.

The Chaum Center, affiliated with CHA Health Systems, one of the country’s most prestigious medical groups, opened last month as a medical urban center.

It is equipped with a five-star restaurant which would provide a customized meal based on each patient’s personal data and other cultural service centers.

In consideration of the increasing number of international patients who seek prestigious medical service here, the center also provides interpretation in all major languages.

“We are not just a hospital but an urban oasis, designed to slow the aging process through the prevention of disease,” says Dr. Cha Kwang-Yul, founder of CHA Health Systems.

“This new paradigm of medical lifestyle coordination should attract all those who seek to restore their body and mind, regardless of their nationality.”

He also quoted Thomas Edison, who claimed that the doctor of the future would care of the human frame and focus on the diet, and the cause and prevention of diseases.

“Medical tourism has now settled as a major tourism genre, through which the visitors may not only experience Korea’s advanced medical skills and service but also various cultural content in the neighborhood,” said a Gangnam-gu official.

“Gangnam-gu, equipped with the country’s top clinics and hospitals together with shopping districts and historical tourist spots, is ready to accommodate foreign visitors who seek health and beauty here.”